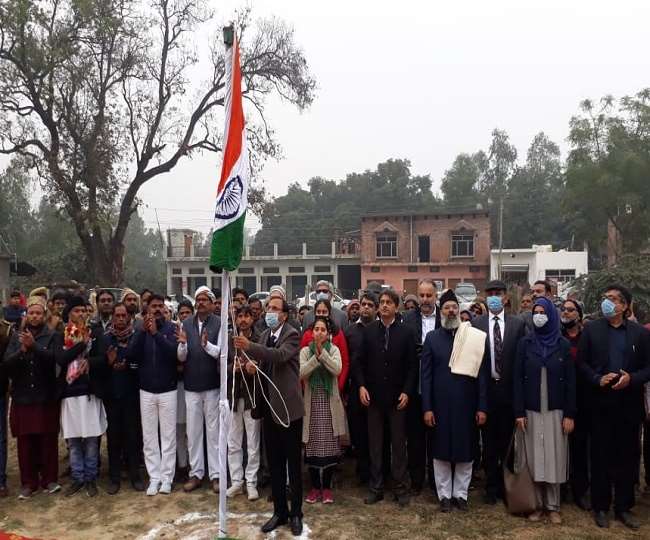 On 26 January 2021, the Republic Day of India was celebrated at the Indo Islamic Cultural Foundation(IICF) site at Dhannipur, Ayodhya. After the flag hoisting ceremony attended by the IICF trustees and well-wishers and some officers from the Police and Administration. It was a symbolic beginning of the work at the site when a few saplings were planted by the distinguished participants. Here are a few pictures from the day. The event was attended by some media-persons and was covered by the National Media. Some of the news coverage can be found at the below references: